When you book with an account, you will be able to track your payment status, track the confirmation and you can also rate the tour after you finished the tour.
Sign Up
2352
Tours Menu

Why Book With Us?

The force is strong in Tunisia. Standing in the actual Boonta Eve pod-racing arena, you’ll almost hear the crowd roar as Anakin Skywalker’s pod racer speeds over the finishing line! As you take a selfie outside Luke Skywalker’s house on the planet of Tatooine, is that distant sand cloud Luke’s landspeeder or approaching Imperial Stormtroopers?

Tour starts with a pickup to visit Kairouan to visit the 9Th century Aghlabid basins.
Moving to the grand mosque, the oldest in North Africa, with an introduction to some Tunisian traditions.
LUNCH in Kairouan Medina
Continue to Tozeur
Check-in for 1-night accommodation in Tozeur (**** 4 Stars Hotel)
DINNER at the preferred accommodation

BREAKFAST at the hotel then departure to Visit Chebika Waterfalls
Visit of Tamerza Waterfalls
Visit Mides (Canyons)
Discover Sidi Bouhlel Canyon where 9 scenes were filmed including: when the Jawas were attacked and buried, Jawa Rock and the scenes of the Tusken Raiders.
Mos Espa film site beautifully located amongst the Sahara dunes. Here you will find the Pod-racing arena, the Mos Espa streets, Watto’s shop, market, and Sebulba’s Café. East of the set you will find the Yardangs, where the Jedi fight between Qui-Gonn and Darth Maul in Episode I was filmed. It was also the location of the Queen’s Royal Starship. Close by is Ong Jemel ‘the neck of the camel’ where Darth Maul arrives on Tatooine and releases the Sith Probes. After finding Anakin and Qui-Gon, Darth Maul is seen flying over the cliffs.
Visit the Dune Sea, the Krayt Dragon Ridge and the location of the igloo of Lars Family Homestead exterior on the Chott El Jerid. The location was also used in Attack of the Clones and the final shot of Revenge of the Sith.
Check-in for 1-night accommodation in Tozeur (**** 4 Stars Hotel)
DINNER at the preferred accommodation

Departure from Tozeur to Douz by private 4×4 vehicle. Your adventure starts with an amazing view, changing from lands of green palms to dunes of golden sand Continue through the huge charming dunes Having a delicious DINNER at the camping and enjoying the night drumming around the campfire
Check-in for 1-night accommodation in Douz (Luxury desert Camping)

BREAKFAST at the camping then departure to Matmata for Underground Troglodyte Visit then LUNCH in a Berber underground house
Discover Hotel Sidi Driss: served as the interior set for the Lars Moisture Farm and Luke Skywalker’s home at the beginning of Star Wars Episode III: “A New Hope”.
Check-in for 1-night accommodation in Matmata (*** 3 Stars Hotel)
DINNER at the hotel

BREAKFAST at the hotel then Departure from Matmata to Ksar Ouled Soltane, the best-preserved Ksar in southern Tunisia. This was also one of the locations of the Slave Quarters Row in the Phantom Menace.
Visit ‘Ksar Hadada’ another film location of the Slave Quarters Row in Star Wars Episode I. There is a scene inside Ksar Hadada where a balcony was used to film Shmi and Qui-Gon Jin talking about Anakin as he works on his Podracer.
Visit Tataouine. Although the movie was not filmed in this city, this city’s name was an inspiration for naming a desert planet.
Check-in for 1-night accommodation in Djerba (**** 4 Stars Hotel)
DINNER at the hotel

BREAKFAST at the hotel then Departure from Djerba to Medenine
Your first stop will be Medenine, to begin the visits of the Slave Quarters Row, and where Anakin and Shmi lived.
Visit the exterior of the Cantina. The film location of the Millennium Falcon blasting off from Mos Eisley is located in the area next to the Cantina. Located just outside the Ajim town is a historic mosque that was used for exterior shots of Obi-Wan Kenobi’s home where he lived during his exile.
Transfer to Tunis
Drop off at the selected hotel or location in Tunis, Sousse or Hammamet. 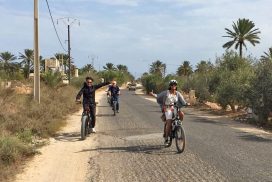 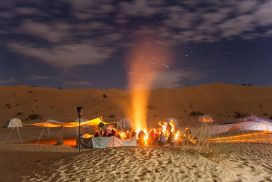 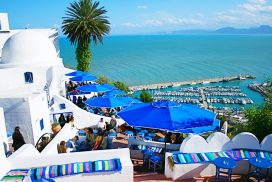